For quite some time, all I listen people talk about is the Mauerpark on Sundays, during the summer.

After a quick research, I read that a big karaoke is happening and people visit the park to have fun. 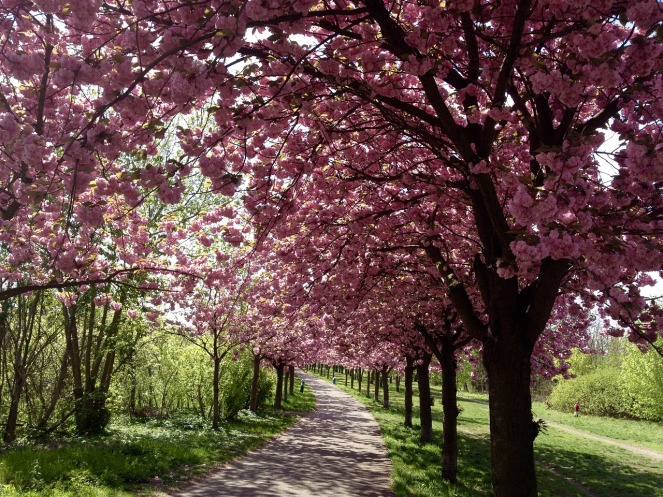 For months, I was unable to go, since I either had other plans or it was always raining. But yesterday, the odds were in my favor.

I cleared my whole schedule and was determined to visit Mauerpark. The first obstacle was gone. All I had to do was praying that it wouldn’t rain. And it didn’t.

Of course, I lost track of time and I started quite late to go to the park. It was about 16:00 and I was positive I would have missed the karaoke.

Boy, I was wrong.

I get to the park and I see hundreds of people leaving. I got so upset for being late and I was sure the karaoke had ended and everybody was leaving. 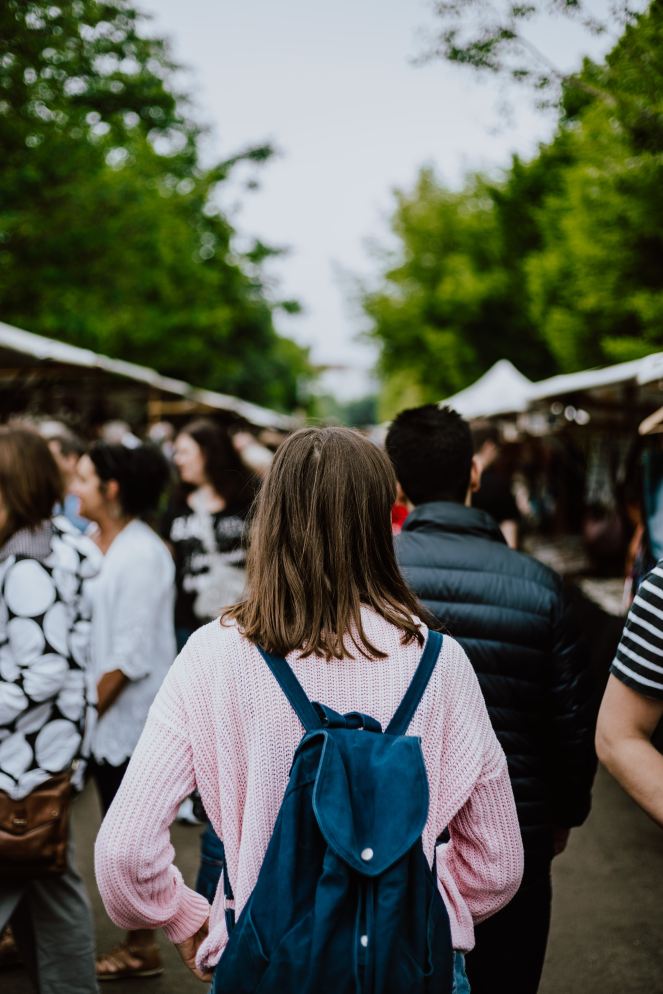 As I kept on going inside the park, I saw so many people and I suddenly heard music. A band was literally rocking and they sounded amazing, surrounded by so many.

I stayed there for a while and thought: “well you’ve missed the karaoke, but at least you heard some music“.I decided to keep on walking. It was a good opportunity to see the park since I had no idea if the weather would allow this event to happen again.

As I was walking I heard someone singing and a crowd clapping loudly. I still had a hope inside me that the karaoke was still on. And it was. Thousands of people surrounding that little area of the park. Some were sitting in the arena, others in the grass beside it, up or down.

I managed to find a free space so I can see better. I was surprised to find out that the karaoke moderator was speaking in English. One by one people from the audience were going ‘on stage’, picking a song and sang their hearts out with the rest of the audience endorsing them and enjoying every second of the performances.

After spending some time in the karaoke area, I figured I should explore the rest of the park since I did not know if the weather would allow me to come again.

As I started walking, I was shocked by the size of the park and the people being there. The park is filled with people, so it is very difficult to figure out the exact amount of people and the size of the area in one look.

What happened next took me by surprise for sure. The park was simply huge and was ‘divided’ in entertainment sections. While walking I found the barbeque family area, located under some huge trees that provided shadow and kept children away from the sun. Right across, there was a playground with a fence around it so the little ones can enjoy their time there as safe as possible. 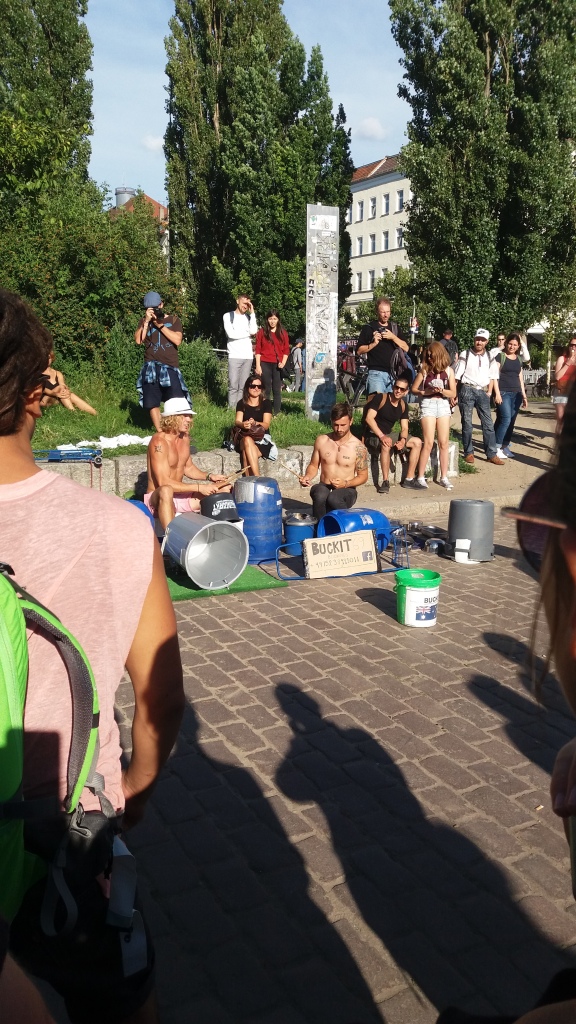 Moving on, was the biggest part of the park. A massive open area, where young people were either having a picnic with friends or sunbathing. At a corner, a latin dance group was demonstrating their amazing dancing skills, luring everyone into the Latin rhythms.

And then a basketball course. Of course all around the park, in various spots,  there were artists singing well-known songs or their own, vendors were selling shots and beers and others were selling handmade goods.

Every Sunday, right along the park, one of the biggest flea markets takes place. You would definitely enjoy it if you could go check it out. But beware. When the events start, it gets extremely crowded and it might be difficult to enjoy it.

Mauerpark was one of the best experience I’ve had in Berlin. It is relaxed and fun, gives you a feeling of warmth and of belonging in the big Berlin family. I was not disappointed. My expectations were less. But Mauerpark made me fall in love even more with Berlin and its culture.

View all posts by CulturistaLife